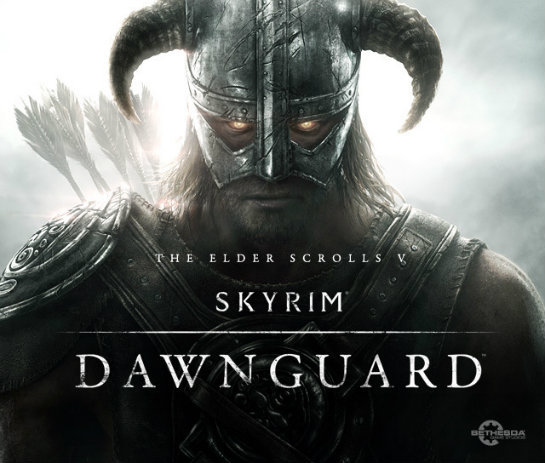 The first DLC for Elder Scrolls V:  Skyrim was released today for all Xbox 360 owners (PC and PS3 players have to wait a little longer).  It’s called Dawnguard and it costs 1600 Microsoft points ($19.99).  I bought it and played for a couple hours.  While I have yet to even touch the storyline, which from what I understand is about vampires, I did get to try out some of the general game additions it made, and they are pretty sweet.

Combat from horseback feels pretty fluid, and the addition of the werewolf perk tree is welcome.  Maybe now I’ll get some use out of being a werewolf.  I pretty much ignored it after trying it out a couple times during my time playing the original content.  While you were already able to make armor out of dragon bone, you are now able to make weapons out of it, too.  Also, you can now make your own arrows at a forge.  This has already come in very handy.  While I’m sure there is still plenty of new things to see and do, this is about all I’ve had time for so far.  Rest assured, I’ll be putting in plenty more hours before all is said and done.

If you haven’t made up your mind about this DLC or even the game itself, I couldn’t recommend it more.  If you’re going to pay an arm and a leg for a game, you want to get your money’s worth out of it.  You most certainly do with Skyrim and then some.  Sure, it’s a little buggy but a lot of that has been cleaned up with patches since it’s release.  As far as Dawnguard goes, I’ve yet to run into any major bugs, but it’s a safe bet to assume that there will at least be a few minor ones.

Trailer after the jump!