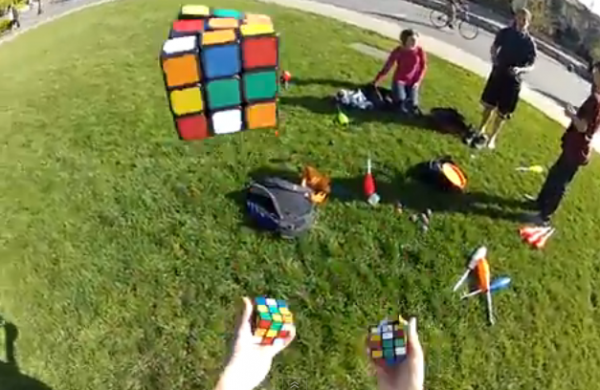 I’ve never solved a Rubik’s cube in my life, and it’s not for lack of trying, either.  I’m just too impatient/dumb to see it through to the end.  I’ve never been able to juggle, either.  Again, not for lack of trying.  I just have no coordination.  So, leave it to this guy to put me to shame by doing both those things AT THE SAME TIME.  I wish I was there when he was doing this so I could pelt him with spitballs while he tried to concentrate.  Anyway, video after the jump.