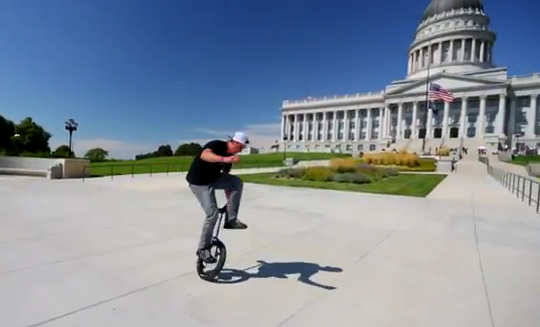 Ever dream of being a hardcore freestyle unicyclist?  Yeah, me either.  But the guys in today’s video did, and they went out and did their best to achieve the dream.  Granted, they still look like dorks riding around, but at least they are “hardcore” dorks.

Now, I’m not going to sit here and act like I could do the stuff they are doing in the video, but the stunts on display here just aren’t as impressive as the camera work and music wants you to think.  In fact, I think that since the camera work and music play this whole fiasco straight, it unintentionally aids in the hilarity of the whole thing.  Call me when you are in the half pipes doing back flips, OK dudes?