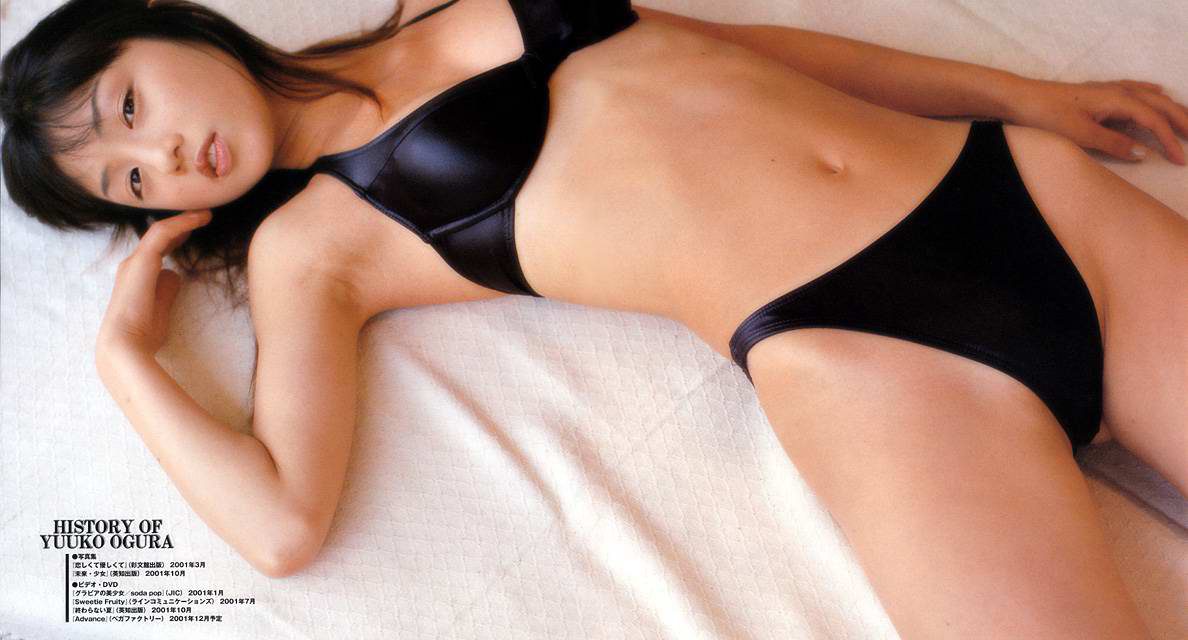 Yuko Ogura is a Japanese gravure model.  That essentially means she is young and hot.  Or at least she was.  She is married with a kid now which means she isn’t AS young but probably still as hot.  That said, none of the Yuko Ogura pictures we feature here have her holding her kid or going to the grocery store or anything like that.  We just have the pics that made her famous in the first place.  We aren’t dumb, you know.