Well, that was certainly crazy… 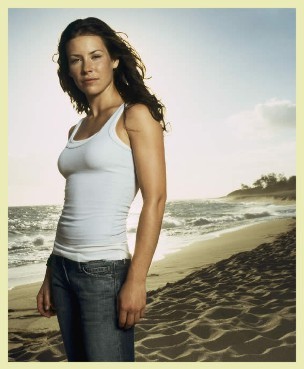 Here’s the one thing I know absolutely about last night’s episode: That was the best “What’s in the Box?” revealing since Seven.

Otherwise, that shit was crazy.

What I liked best about the episode was clearly the fake Locke/Jacob and “they’re coming” stuff at the end. The one thing we knew for certain coming into this episode is that Jack was going to blow something up and fuck with the space-time continuom and what not.

Thankfully, the story last night was mainly driven by fake Locke/Jacob and this loophole. Without that, all we really are left with is Jack bombing things and whatever happening. Not saying boring, just saying, predictable. However, the way they did it left me with the, “motherfuckers, I seriously have to wait 8 months to see another one of these?” reaction.

To hold folks over they changed the logo of Lost from white writing to black on white writing. Which absolutely has significance, just don’t look to me to tell you.

So, fake Locke and Jacob.


Jacob can’t be just dead. You don’t go around intervening and presenting choices to all these people just to have Ben stab you a couple times and let it be over. I mean, if you’re leaving in a boot for centuries and there is an evil guy out there trying to find a loophole to kill you, you’re also going to be looking for a loophole to stay alive once the other dude figures that loophole out. So, I have to imagine Jacob has some other kind of thing going on. What it is, I don’t know.

I saw it suggested somewhere that the candidate thing that the pilot would be up for would be to use Frank’s body to inhabit Jacob’s spirit.

But, bottomline has got to be that if you’ve lived for all these damn years and haven’t killed yourself before, you aren’t going to be so resigned to a fate of Ben killing you.

I can’t escape the feeling that the scene at the beginning between the dude who would eventually inhabit Locke’s body and Jacob is going to be the most significant scene in the show.

Jacob brought a ship full of people there. It was a pirate ship, so way back when. The implication was that Jacob always brings people here because the other dude said, they come they fight, then it ends the same. So, either they’ve been doing this awhile or time is all fucked up with these dudes.

As well, the other dude tells Jacob that Jacob is trying to prove him wrong. Jacob denies this. That seems like it will be very important to the why aspect of the things that will play out the rest of next season.

More importantly, maybe, how do I know what is important to this show they just string me along, but back to fake Locke original saying that they come and fight and have it end the same…Jacob follows with saying that it only ends once. Until then, it is progress.

I’m not saying I know what that means, I’m just saying it’ll be important at some point in the spring of 2010.

Real quick, what happens to Juliet if something happens to the original folks? Is this why she had to go blow the bomb up herself, to separate from the originals? And also, Miles.

So, when Ben stabs Jacob, Jacob starts dying and before stop drop and rolled by Locke, he says, “they’re coming.” Is the they Jack and them? And, if they’re coming, who do they fight?

Do they just roll up and fight the people at the beach and try to convince them that Locke is evil…or I mean, the people on the beach already know that so…yeah, no clue. If the people who are coming are Jack and them and there is some sort of fight…is it the end of whatever or just progress?

One theory I’ve seen a lot of today elsewhere is that Jacob is asking people to choose freewill, while fake Locke believes things are predetermined and then you have that struggle. I didn’t think too much on it because every time I did the Rush song Free Will got lodged in my head.

Anyway, talk about the show in the comments. Don’t use the damn batcave thread.