This dude apparently has a beef with IMAX… 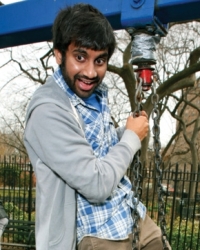 I drove out of my way to see the film on the large IMAX screen and paid an extra $5 for the ticket, which felt worth it at the time.

HOWEVER, we get in the theatre and its just a slightly bigger than normal screen and NOT the usual standard huge 72 ft IMAX screen. I was very upset and apparently this problem is happening all over at Regal and AMC theatres.

These new “IMAX” theatres are really just nice digital screens with good sound, but they ARE NOT IMAX, in that they don’t have the huge 72 ft gigantic screen which people would expect. However, they still charge $5 more for tickets as they would for the regular IMAX.

REGAL, AMC, AND IMAX – YOU ARE LIARS!

This guy was on Scrubs and on this Parks and Recreation show that is soon to be canceled, if it hasn’t been already, and yet he finds it in him to do several blog posts about how IMAX is fucking people over.https://superficialgallery.com/wp-admin/post-new.php

Seriously, if you’re gonna get wound up and passionate about something, a pretty good target would seem to be businesses that just slap a popular name on a shitty inferior product and roll with it. The movie Tommy Boy covered that concept at length, so I won’t go into it, but, suffice it to say, I like what Aziz Ansari is doing. Not enough to look up whether I just spelled his name right, but fuck it, I’m not a man of his strong principles like he.

Best line he throws out:

Manager: Sorry, I can’t do anything.
Aziz: You know what Twitter is? I have 25,000 followers, I’m tell 25,000 people you run fake IMAX’s and that they should boycott AMC.

Hell, I like what he’s pulling here so much I didn’t even call him a pussy for going to see the new gotta be lameass because it always was lameass Star Trek.

P.S., the post below is me trying something. Didn’t even ask Acadia for permission on whether I could try out something new. But, the goal of it is a small one line type post, even though I wound up with like a paragraph. Future ones will be shorter, let us know in the comments if the idea is any good.